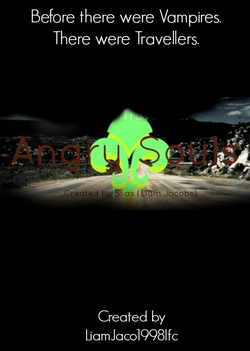 Season One of Angry Souls is a chapter series, written and created by LiamJaco1998lfc.

This season opens up and focuses on a young boy, who aims to find his long lost sister. But gets caught up into a load of mess when his life hangs in the balance of another being, when an unknown person turns up and puts all of the happiness and normality to a dromatic rest.

Retrieved from "https://the-vampire-diaries-fanon.fandom.com/wiki/Angry_Souls/Season_One?oldid=5419"
Community content is available under CC-BY-SA unless otherwise noted.